Rumors began to circulate late last year that Pelikan was considering increasing their European prices.  It was unclear at the time as to what such an increase would look like but details have steadily emerged from the European Union over the last few weeks.  It is well known that European pricing has long been cheaper than that of the USA and some other regions.  US consumers have been able to save hundreds of dollars by shopping from overseas vendors.  Pelikan broke routine and caused some consternation regarding the direction of their US pricing strategy when they reduced the US MSRP for their last two releases.  The M605 White-Transparent and the M805 Ocean Swirl were priced well below what prior, comparable models commanded.  The strategy that Pelikan seemed to be working towards was to level the playing field across the globe.  Select Pelikan products from many overseas vendors are about to see a rise in cost.  Unfortunately, these newly announced price increases come at the same time as the company’s 180th anniversary which will be marked by the release of many new special and limited edition pens.  While this would usually be cause for celebration amongst enthusiast, the price increases could certainly dampen enthusiasm for the new products.

What we now know is that Pelikan is raising prices on models across all of their product lines equipped with EF nibs by roughly 10-12%, effective immediately.  This means that an M8xx model, for instance, equipped with an EF nib will cost ~€40 ($49.71) more than its F, M, or B counterparts.  Similarly, the much cheaper M200 Brown Marbled with an EF nib is about €9 more ($11.18) than the same model fitted with other nib sizes.  I’m sure that few would complain about paying this type of surcharge if it meant the introduction of an oblique, flexible, or 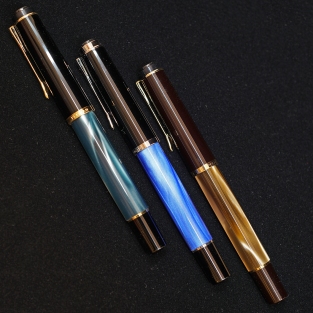 italic option all of which are missing from the current, staid nib line-up.  Why than single out the EF nib?  The official reasoning is that EF nibs take more time to produce due to the extra grinding and polishing that needs to occur for a smooth writing experience.  EF nibs have also reportedly been popular and make up a decent proportion of sales.  If that reasoning sounds suspect, consider this.  Several sources across the globe report that the unofficial reason for this price increase is to discourage EU vendors from selling their wares to Asia.  This opaque attempt at controlling the markets is extra disappointing when you consider that many have to buy an EF width in order to get a remotely fine line since Pelikan’s nibs write rather wide.  Also, it’s not hard to imagine that the company hopes to cash in on some of the excitement that this year’s releases are sure to generate.

*Retail price includes the 19% German VAT which would be subtracted for buyers outside of the EU.  Some price variation amongst vendors is to be expected and the above numbers are meant as a representative illustration only.

As if the above wasnt bad enough, many EU vendors who sell Pelikan pens will see a much less financially friendly landscape this year.  It is reported that the margin on retail sales is to be approximately 5% lower than last year and that the end of year sales bonuses are being reduced/discontinued.  The negative impact on profits that these reductions are likely to have are further compounded when you factor in the weak US dollar.  Despite a robust US economy by most indicators, the value of the dollar has been somewhat lagging.  The strong Euro will certainly cut down on international sales for overseas vendors due to the US dollar having less purchasing power.  There is real concern abroad that these changes have the potential to harm profits and the overall standing of the brand with the vendors on whom they rely.  For what it’s worth, I have not heard of any details or news of a change in US pricing policy.  It seems that, domestically, it’s business as usual for now.  It will be interesting to see whether or not these global adjustments will affect US sales.  Despite the newly raised prices, the wares of overseas vendors are still more competitive than those of most US vendors, just not to the same levels as previously. 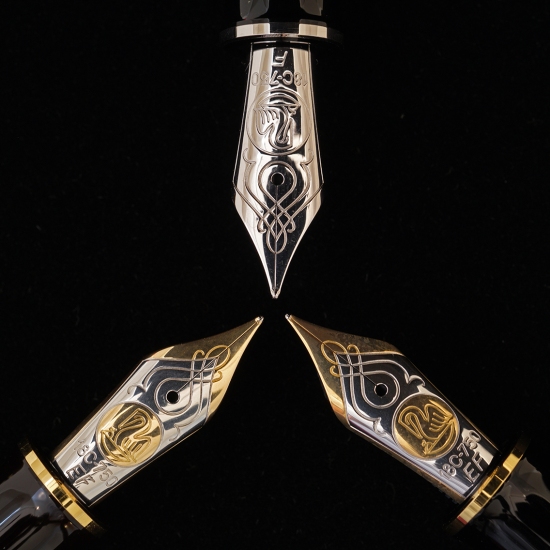 Two of these nibs now cost $50 more than the other

The bottom line seems to be that if you are looking to purchase a Pelikan pen or nib from overseas, consider avoiding the EF width and saving yourself what seems to be a gratuitous surcharge imposed by the company.  You might well invest the savings in a custom grind thereby allowing you to get your desired width from a well tuned nib.  I had hoped that Pelikan was beginning to understand the global marketplace when select US prices were reduced last year.  It seems that the company is still attempting to control the market by deincentivizing cross-region sales.  While I’m sure that Pelikan is hoping to boost profits, I can’t help but think that the result will ultimately be lost sales.  Will this latest price increase affect your decision to purchase a new Pelikan pen?