Over the years, Pelikan has released several porcelain pen stands meant as product advertising displays.  They generally come in three sizes.  The first is a small stand (2.25 to 2.5 inches tall) that has a tray in the front to support a pen.  They have been released over the years in a variety of finishes and also include some variants that lack a pen tray.  There is a medium sized version that is 5.9 inches tall and is seen both with and without holes in the beak.  These include the older variants made from the 1930s on, first done a in cadmium yellow finish and later in red/white (1960s). Both are rather rare and very expensive when found for sale.  The largest size is 6.5 to 6.7 inches tall and also includes a hole in the beak designed to hold a pen.  These larger stands have been produced in some very interesting colors over the years but can be very hard to find.  They were intended for shopkeepers in order to better display their Pelikan merchandise but have transformed into collectors items over time.  Read more here.

*The items below simply represent items in my collection and should in no way be taken as a definitive and exhaustive cataloguing of all available stands.  Click on any image below to enlarge it.

Released in 2004 as part of the 75th anniversary of Pelikan’s pen manufacturing.

Released in 2004 as part of the 75th anniversary of Pelikan’s pen manufacturing. 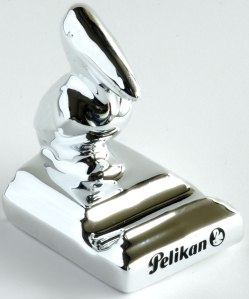 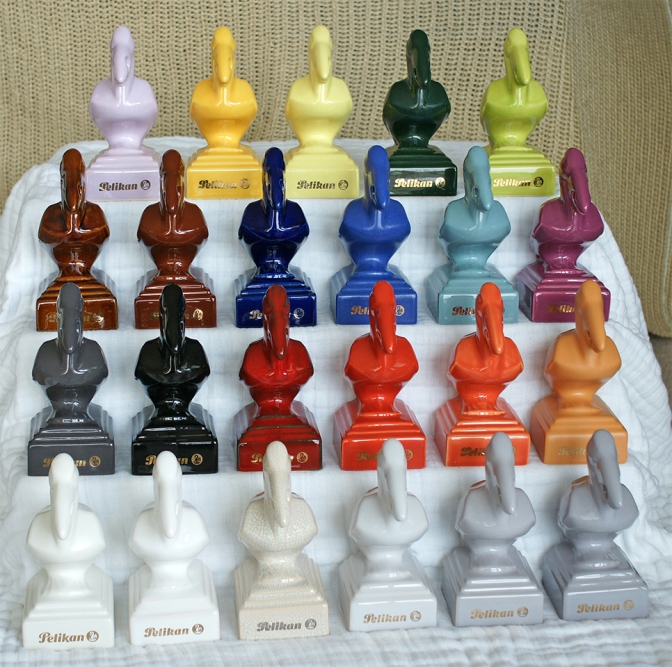 Over 20 different colored finishes of the 6.5 inch ceramic pelicans are known to exist

Made for Pelikan by Blue Mountain Pottery (1953-2004), a Canadian  company known for their trademarked glazing process.  This stand is approximately 6 inches tall. 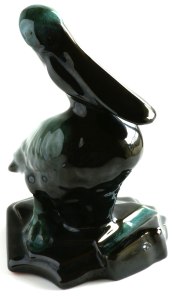