With the closing of the registration period (extended an extra week due to high demand), we now have a pretty good sense of Pelikan’s Hub locations for 2018 as well as the number of registrations at each location.  The analysis that follows is derived from data taken from Pelikan’s Hubs page (as of 7/23/18 at 9:00pm EST) and should not be taken as absolute since it is subject to some fluctuation between now and the big event.  Still, it gives us a significant insight into how this fifth anniversary event is shaping up.  Most of the cities that participated last year are again included in this year’s festivities with at least two dozen new cities added to the roster, a roughly 23% increase.  The Hubs event continues the steady trend in annual growth that we’ve seen year after year.  Each year has been larger than the one before with more countries, more cities, and more people participating.  For 2017, Pelikan reported that there were 145 individual Hubs spread across 43 countries with 3600 registered participants.  Based on the currently available data, this year’s event will span 178 cities spread out amongst 44 countries with over 4700 participants.  Thus far, that represents roughly a 31% increase in attendance over last year and an astounding 425% increase since the inaugural year.  Whereas events were few and far between the first year, the access that fans now have to a local Hub has grown exponentially.  The United States is again host to the largest number of registrations with Canada, Australia, Taiwan, and Germany rounding out the top 5.  This year’s gathering is set to take place on Friday, September 21, 2018 at 6:30pm local time with Pelikan expected to release additional details about the event as we get closer to the date.  If you cannot attend this year’s event, you can easily follow along with the world-wide festivities via the hashtag #pelikanhubs on the various social media sites.  To further synthesize the data, I’ve developed a series of maps and graphs to help depict the information.  Read on to see what cities are involved and to learn about how your location stacks up with some of the others.

Graph depicting the growth of the Pelikan Hubs event over the past 5 years. Note that these numbers are approximations and should not be taken as absolute (Click to enlarge) 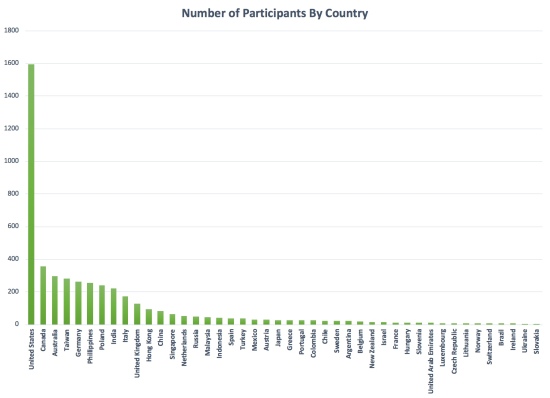 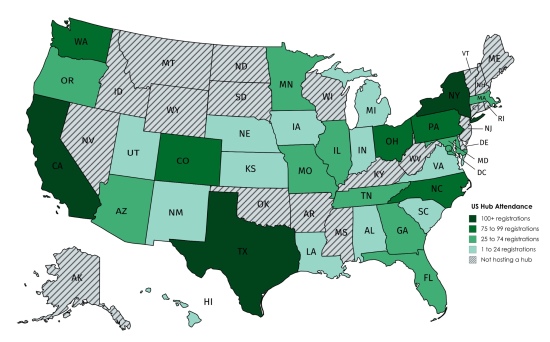 Check out Pelikan’s Hubs Overview for the most up to date locations and numbers of participants.