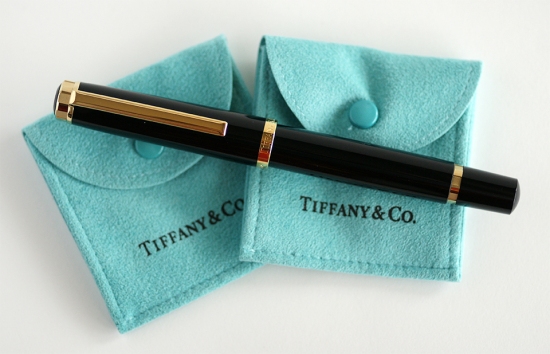 In 1837, Charles Lewis Tiffany and John F. Young opened Tiffany & Young with a $1,000 loan from Mr. Tiffany’s father.  That store was located in New York and sold stationery and other luxury goods such as costume jewelry.   In 1841 Mr. Tiffany and Mr. Young took on another partner, J. L. Ellis, and the store became Tiffany, Young & Ellis.  The name Tiffany & Company was adopted in 1853 when Charles Tiffany bought out his partners and took control.  As the company’s sole lead, he established the firm’s emphasis on jewelry and developed a tradition of introducing designs that captured the mood of contemporary fashion and defined American luxury.  The company has had its share of ups and downs throughout its history, particularly suffering from the effects of the stock market crash in the 1930s.  Over the years and under various mantles of leadership, the company’s fortunes rebounded, making it the multi-million dollar company that it is today.  Perhaps best known for its stunning jewelry, Tiffany & Co. has crafted many branded goods over the years.  In the early 1990s, approximately 1/4 of those goods were made by the company itself.  The balance was produced under contract by other manufacturers.  Pelikan was one of those manufacturers, producing the M817 and M818 Atlas series of pens for Tiffany & Co.