While not a quite a Pelikan, it looks like the bluebird of happiness may have just landed for some.  Hannover may have gotten off to a late start but they are wasting no time in giving us a few rapid fire releases.  Just forty-eight hours after news of the M600 Turquoise-White broke, we now get our first glimpse of the upcoming M120 Iconic Blue.  This is a follow-up to the M120 Green-Black which was re-issued back in early 2016.  Both of these models draw their design from the tried and true lineage of the original 120 that was made from 1955-1965.  While many similarities exists between old and new, these modern versions certainly stand out on their own and make for excellent and dependable writers that are true to their school pen roots.  Availability is anticipated for some time in March of this year alongside the M600 Turquoise-White.

This M120 will break new ground as the original only came in Green-Black.  The barrel of the forthcoming model appears to be done in a deep shade of blue with a matching transparent ink window.  The section, piston knob, and cap match the barrel resulting in a monotone appearance that is none the less striking.  The furniture is gold-plated with a single cap band and the traditional pelican’s beak clip.  In keeping with its humble origins, you will not find additional trim rings adorning the body or section.  The cap will sport the current single chick company logo and the nib will be gold-plated stainless steel.  Nib widths will come in the standard sizes of EF, F, M, and B.  Just like the 2016 re-issue of the M120, the nib of the Iconic Blue will feature the same unique engraving that adorned the prior release.  If you’ll recall, that engraving is purported to have been inspired by a bit of flourish taken from a historic Günther Wagner price list.  Like its predecessor, this iteration will come in a historical gift box with a special edition bottle of ink.  There will be no matching ballpoints or other writing instruments with this one. 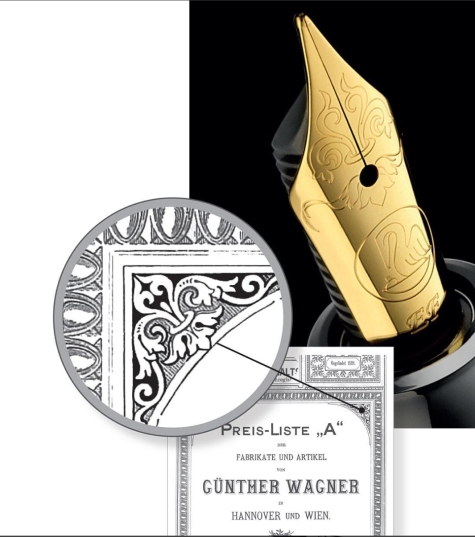 As an aside, I wonder whether or not the available product shot might give some insight into the inspiration for this particular model.  If you look closely at the top half of the full rendering depicted below, you will see a poster advertising Pelikan’s water colors.  It was designed in 1899 by Käthchen Münzer as part of a sponsored competition.  The advert depicts a lady in a blue dress with some pelicans sitting beneath an umbrella.  This poster is of particular significance because it was during this competition that the traditional styling of the “Pelikan” mark in the logo first shows up.

Note the poster in the background depicting a woman in a blue dress.  Credited to Käthchen Münzer circa 1899

The re-issued M120 is a great writer and I enjoy my copy of the 2016 release tremendously.  I reviewed it at the time which you can read about here.  The biggest detractor of that pen, for me, was the price which seemed grossly out of line for what was essentially a school pen equipped with a stainless steel nib.  There are no figures yet available on US pricing for the Iconic Blue but some overseas vendors are offering this model for €195 (~$241.94) with VAT.  That would come to approximately €159.84 (~$198.32) excluding VAT for US customers purchasing abroad.  Remember that, if purchasing from overseas, there is now a premium to be paid for EF nibs beyond what is quoted here (add ~€16-20).  If we see similar or higher pricing for this model compared with the 2016 release then, in my opinion, that does a great disservice to the Iconic Blue.  Still, it is a great looking blue pen with a classic and pleasing shape backed by Pelikan dependability.  What are your thoughts on this one and do you think that you’ll be picking one up?  I hear that quantities will be limited so, if interested, it may be best to jump on this one early. 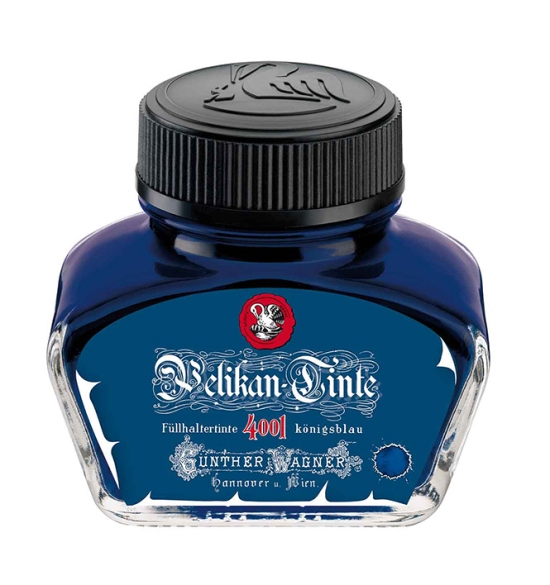 Update 2/20/18:  Post updated with the US MSRP and retail pricing which appears to be unchanged from the Green-Black model of two years ago when purchased in the gift set.  It looks like Chartpak is also offering this model to its US vendors sans gift packaging for a reduced cost which is nice for those who have no interest or need for such things.