Pelikan’s Hub locations for 2017 are now available on their website.  The data doesn’t reveal any big surprises and many of the same cities that we’ve seen in the past have again emerged as Hub locations.  Others are absent, making room for a few new venues.  Based on the available data, the fourth annual Hubs event continues to show steady growth.  Each year has seen the inclusion of more countries, more cities, and significantly more participants when compared with the year prior.  Based on the available data from Pelikan’s Hubs website (as of 7/7/17), this year’s event will span 131 cities spread out amongst 39 countries with 2999+ participants.  Thus far, that represents roughly a 42% increase in attendance with time still left to register.  For those not yet aware, this year’s gathering will take place on Friday, September 22, 2017 at 6:30pm local time.  No details have been announced yet but prior years have included some excellent Pelikan swag for participants.  Even though the locations are set, online applications for Hub Masters are being accepted until July 12th and general applications will remain open through July 17th.  That means time is quickly running out if you want to be included in this year’s festivities.  Attendance is by application only so even if you are unsure of your availability, I would urge you to submit an online application to secure your place and do the same for any friend/spouse/pen loving stranger that you intend to bring with you.  Registration forms can be found here.  If you cannot attend, you can easily follow along with the world-wide festivities via the hashtag #pelikanhubs on the various social media sites. 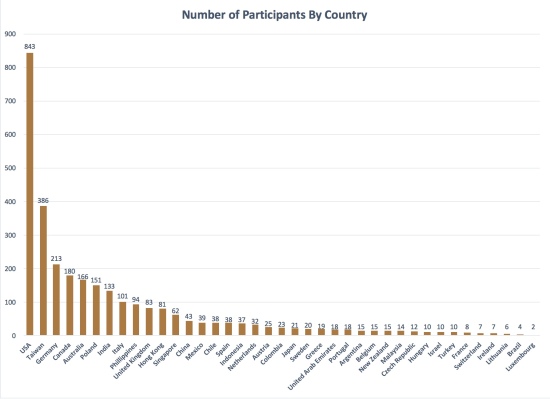 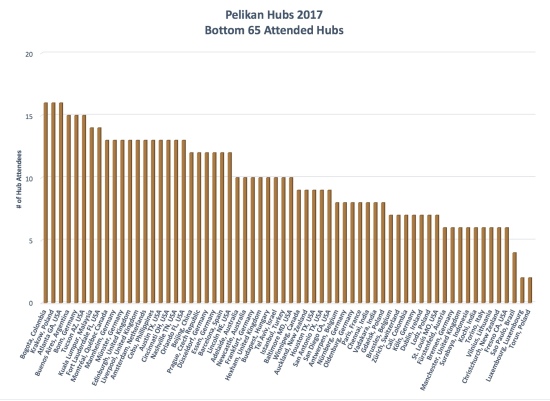 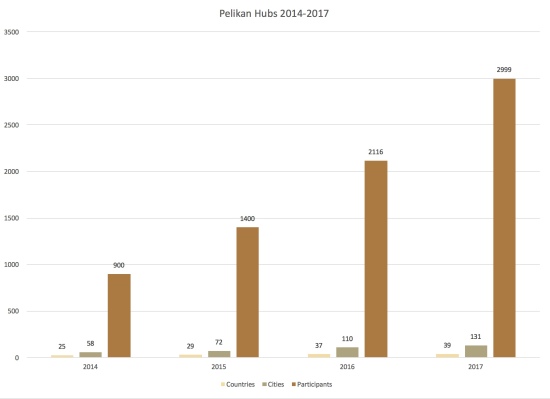 Graph depicting the growth of the Pelikan Hubs event over the past 4 years. Note that the numbers are approximations and should not be taken as absolute (Click to enlarge)

Check out Pelikan’s Hubs Overview for the most up to date locations and numbers of participants.